You are here: Home / interview / An Interview with a Flight Attendant

Total
0
Shares
Share 0
Pin it 0
Tweet 0
Share 0
I’ve always been intrigued by flights attendants. I’ve even surprisingly thought about becoming one (perhaps in my next life). Some of my friends even suggested I think about switching careers and make flight attendant my new life path.  Although I may not be tall enough to open and close the storage compartments above the seats…
However, it wasn’t until recently that I had the opportunity to have a lengthy conversation with one. My husband and I were on our way to San Francisco, where we spent a few days before heading to Hawaii. Having platinum status (he flies ALOT for business), he got upgraded to first class.  Although I wasn’t upgraded with him, I surprisingly got upgraded to economy comfort!  Not too bad having booked the entire ticket on miles (hello free flight!). Besides the extra snacks and pampering, we were awarded with so much leg room we could do cartwheels. (And that we did… we kind of had a mini yoga/stretching session… Yea, me, the 66 year old lady next to me, and some young hippy sitting right near us). It was a good time to say the least.
I can hear you saying (ever so politely), “Jess, stop with the rambling! We don’t care about your cartwheels and workout session“.
Ok, so back to the story. The whole point of the super-extra leg room was for the flight attendant to have a place to sit during takeoff and landing. At first I was rather shy (and kind of just blatantly stared at her), but then we got on talking.
Bare with me, as I didn’t have interview questions planned out* (although I should probably make a list for the next time I chat with someone super cool).  Who knew that I would be flying in the first row of economy comfort and have the opportunity to chat with a super-cute flight attendant for a while?  I’m going to fashion this the best I can to an interview-like rendition, but we’ll see how it goes…

What is your main role as flight attendant?

Actually, what most people don’t realize, is that I am a Japanese translator front and foremost, as that’s what I got hired to be.  However, naturally, I only use my second language when needed, usually on flights to and from Tokyo, and a regular ol’ flight attendant on others.
However, the main concern is safety, and I am responsible for the safety and well being of all passengers on the flight. Handing out drinks and cleaning up is part of the job, but like I said, safety is obviously the most important task.
Flight attendant safety training
How long have you been in this role for?
So far, 3 years, and I could see myself doing this for awhile.
How often do you fly?  Do you fly every single day?!?!
I fly over 100 hours a month.  And no, I don’t fly every single day.  That would be crazy.  For every flight, I am given a layover period.  Some are long, such as 23 hours on the JFK–>Narita flight, while others are just long enough for dinner and some rest (such as an 11 hour break after doing a JFK–>SFO flight).

How are the benefits?  Do you really get FREE FLIGHTS!?!?

Being a flight attendant is a very flexible job and yes, I do get some pretty good benefits.  I do get free flights which is the main highlight and bonus for me.  I also get to stay in some pretty nice hotels that the airline puts me up in while on layover between flights.  Plus, if I decide to leave the airline industry, I can quit for 5 years and then come back, with my job waiting for me.  Part time work is also an option which most flight attendants do.
Has being a flight attendant changed you as a person in any way?
I’ve learned to be very patient. I kind of had to, there’s no other choice. Being rude to customers is obviously a no no.
“Why’d you give me the Gingerale? I wanted Sprite!”

Many people are probably wondering…how did you get the job in the first place?

I was studying in Grad School to get an International Business Degree and one of my professors had a friend who was a speaker for the airline. He told my professor they were hiring translators, so I submitted my resume.  I had an interview in Atlanta shortly after, and luckily got the job!!!  I feel bad because so many people desire to be a flight attendant, and it [the job] kind of just fell in my lap.  Good timing I guess.  Plus, my ability to speak fluent Japanese was really what got me the job.  I doubt I would have been able to become one without this.

Whats the best thing about the job?

I love going to different countries and seeing the local cultures and eating different types of food. Even with short layovers I am able to get dinner in the city. On Tuesday I could be eating fresh pasta in Rome, the next night I could be in New York City stuffing my face with pizza, and then eating local Parisian food a few nights later. Plus, I’m always meeting tons of interesting people, which never EVER gets old.  You can bet that I’ve met some pretty quirky fellas along the way.

What is the hardest thing about this type of work?

It’s really hard to be away from my family, friends, and home city so much.  My work is based out of New York (JFK), however, my family lives in Washington D.C.  I try to work on those with connecting flights or layovers in DC so I can visit my family every so often.  However, I’m not married, have no kids, so why not do what I want now? I’m in a different city almost every day, can’t beat that!
Plus, I’m on my feet a lot while I’m on the job.  Thankfully I am able to take off my heels once the plane reaches a certain height and put on some comfy flats.

What has been your craziest experience thus far while working for the airline?

Well, I was stuck in Africa (more specifically Ghana) for 8 days. There were no planes coming back from the USA, so we had no way back at all.  This wouldn’t have been a major problem, but since this was unintentional, we had no clothes, personal toiletries, etc, and had to buy some.

So im sure everyone is wondering this, so ill just come out and ask. Where does all the “stuff” go when people use the bathroom?

Funny you should ask.  I had no idea at first before I became a translator/flight attendant.  I’ve learned that waste from the bathrooms collect under the plane in a large basin and gets emptied once we’re on land again.  Exactly where on land I’m not quite sure.  But I am sure it’s not a fun job- I’m just happy I don’t have to do it.

What are some places you have traveled to while working for the airline?

I’ve traveled to various cities in Europe (I go to Milan a lot), some African countries, all over Asia, Guam, etc, etc, etc.  There’s really too many to say.  I still get giddy when I get placed on a flight to a destination I’ve never been.  And you never know where you’re going ’til a bit before!  Basically, I never know where I’m going next!
_______________________________________________________
I wish I had asked some more interesting questions (rudest/craziest/wackiest customer, strangest request, ever catch strangers joining the mile high club, etc).  Those will have to wait until next time I’m lucky enough to have another lengthy chat with a flight attendant 🙂
*Since the interview was not planned in advance, nor did I even think of using the information for my blog at the time, I will not disclose the flight attendants name nor the airline carrier since I was unable to ask for permission.
Let’s just say I learned its way more than handing out drinks and instructing passengers when the seat belt light is on.
Have you ever considered being a flight attendant? 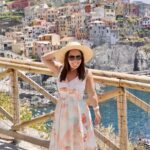 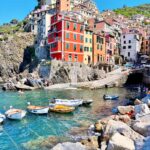