You are here: Home / caribbean / A Lavish Photo Tour of St. Lucia

Our next stop on our cruise was to St. Lucia, the perfect destination, whether you’re after romance, rejuvenation or adventure.  We were able to pick our own bananas, eat traditional local foods, and take a water taxi to a private beach between the pitons.  Basically, a whole land and sea adventure, which my family absolutely loved!  After the cruise was over and done with, we decided that Cosol Tours, the company which provided us with this amazing adventure, was the best one on our entire cruise.

We were fascinated by the views at Marigot Bay Overlook, which is surrounded on three sides by steep, forested hills.  The inland portion of the bay forms a hurricane hole, which is used to shelter boats from hurricanes.
At another outlook, we were able to see our cruise ship docked in Castries.
Just outside the fishing village of Castries, we had a fantastic view of the Natural Bridge, which was featured in Pirates of the Caribbean.  Also known as the “tunnel of love” and the “lady slipper”, this rock formation sure is unique.
Yellowbird and Cosol also stopped at Sulpher Springs Volcano, the world’s only drive in volcano.  According to scientists, it is supposed to erupt in around 100 years, the impact of it potentially wiping out 3/4 of St Lucia (ahhhh!)  We learned that the water located at the center of the springs boils at roughly 340 degrees F, which creates large clouds of steam, seen in the photos below.
Not only did the tour stop at amazing vista points, but at personalized unique stops including the wonderful “bread and cheese” bakery stop.  I never realized how truly scrumptious this fresh warm bread could be.  It melted in my mouth.  At first glance, it looks as if it is any old ordinary bread, but no, it definitely beats anything I have gotten here in the states.  It still has my mouth watering.
We also stopped at a banana plantation, where Yellowbird explained to us St. Lucia newbies just how they harvest them.  The bananas have bags on them to protect them, but Yellowbird let us pick some of the ripe ones, which we got to taste.  They even use these to make banana ketchup, which we were able to sample as well.  Have an obsession with bananas?  Besides the ketchup, you can indulge in banana    cakes, wines, jams, and milkshakes.  How’s that for your banana addiction?
It was very evident how much Yellowbird really cares about his fellow natives on the island.  Extra bananas and bread and cheese were given to children along the road, and we made a pit stop at one of the local houses to buy cookies, and therefore, helped supplement her income.
We were provided with a buffet lunch of mind-blowing local treats/foods, including passionfruit, avocado, sausage rolls, saltfish acra, coconut cake, split peas pate, fried plantains, guava cheese, fudge, and fruit balls, some being experimental to say the least.  I could have eaten 5 avocados, they were that good.  And notice that banana ketchup on the fruit ball!
We made a pit stop at the historical town of Soufriere, full of French flavor and character.  From here, we were able to see the Pitons (Gros Piton and Petit Piton), two giant volcanic plugs located a bit south.  They were actually proven to be a UNESCO World Heritage Site in 2004, rising more than 2,500 feet above the sea.

We took a self-guided tour of the Maranatha Botanical Gardens, which is a lush oasis of beautiful greenery and flowers.  Although we didn’t have too much time here, I was coaxed into trying a wax apple, which was extremely different from what I thought it would taste like.  Let’s just say I won’t be going back to St. Lucia for the wax apples alone.

Last but certainly not least, we all packed into a water taxi and headed a beautiful beach between the pitons, at Jalousie Beach.  Since the only way to reach this beach is by boat, we were the only ones there, which was very peaceful to say the least.  A great way to relax after a super busy day of exploring the island, with views of the majestic Piton Mountains at our side.  The water was full of white and yellow fish, which we could see very perfectly without any snorkeling gear- the water was that clear!  Just wish the boat ride didn’t mess up my hair- it was SO windy!
I would highly recommend Cosol tours, and the fact that cold drinks (water, soda, and beer) were available all day (at no additional cost) was a special little treat considering the fact that the island is remarkably hot.  These little touches are what make Cosol tours different from the others.  This was an enjoyable experience, one which we will never forget.
Oh Yellowbird and Cosol, how will we ever thank you?  Not just for the cheese bread and fresh banana ketchup, but for the wonderful hospitality.    We will hopefully be returning to St. Lucia in the near future!
Total
0
Shares
Share 0
Pin it 0
Tweet 0
Share 0 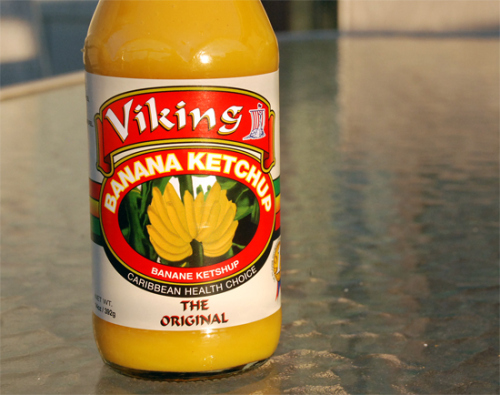 Discovering BANANA KETCHUP in St. Lucia: The Secret Taste of the Caribbean 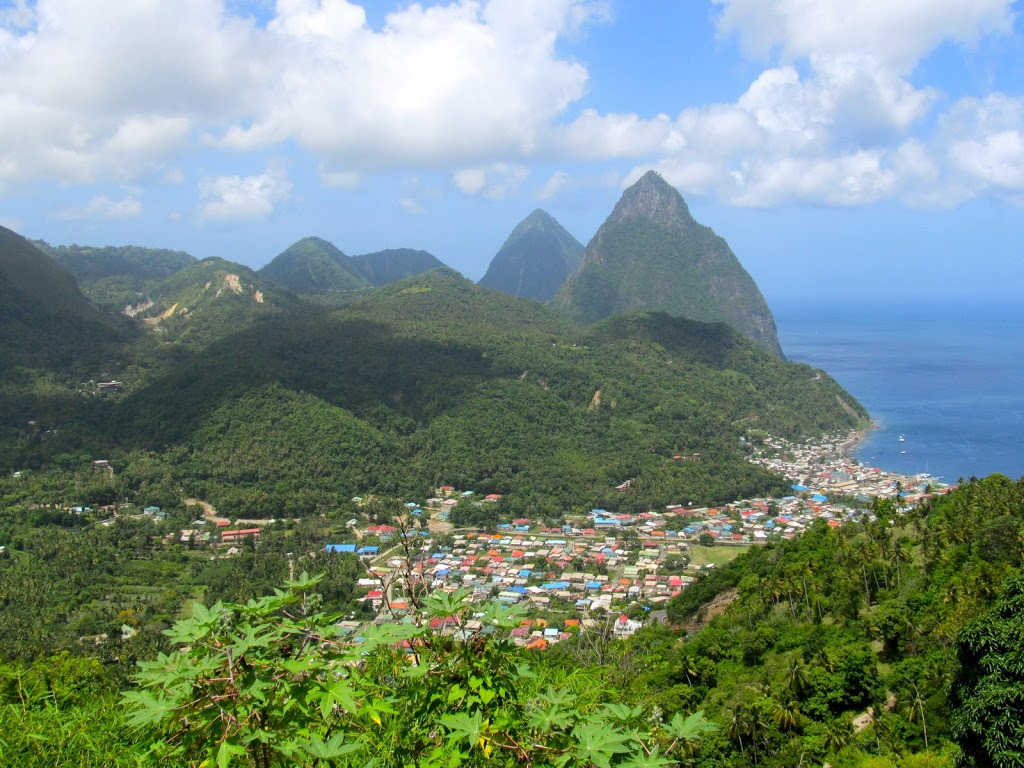